Yet More on Vitter

Who'd think that someday people would be debating whether or not my congressman still had a penis? He doesn't even live in the Quarter!

Earlier, I advocated sending in dull steak knives to Wendy Vitter. On second though, I've flip-flopped. I think it's too cruel for any male to endure. SAVE MY CONGRESSMAN'S PENIS!!!

In light of this news, I suggest we rename the 1st Louisiana Congressional District the "Hustler Endowed Chair for Lechery and Whoremongering" and move their offices here: 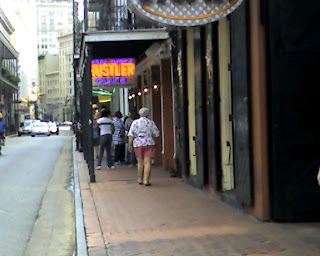 Vitter argues for his own resignation

The Rise and Fall of David Vitter. Excellent piece. Think about it: Gulliani was looking for a clean, southern, consistantly conservative, "family values" running mate to balance out his flaws on the ticket. He had a VERY good chance of being the next Vice President. He could have done good things for Louisiana as Veep. Now, BECAUSE HE CAN'T KEEP HIS PECKER OUT OF WHORES, he's in hiding. Here's Rudy's reaction:


Damn! Even Wonkette is reporting on some of the seedier things related to Vitter. According to CSI, Wendy Vitter will kill David by jamming an enema full of LSD up his butt and getting him to jump off a building. That's much less cruel than chopping of his Johnson.

It gets worse, now people are getting into his love-child who lives in North Louisiana Four kiddies with Wendy and 1 with a mistress. I'd heard about this one before, but there was no way I was going to be the first to write about it. One thing I've also heard is this is yet another mistress (in addition to Wendy Cortez, Canal Street, and DC; whore #4 if you're keeping score at home).

Oh yeah, speaking of Wendy Cortez, here's the infamous intersection and their point of rendezvous (or at least my best guess based off the descriptions I've read): 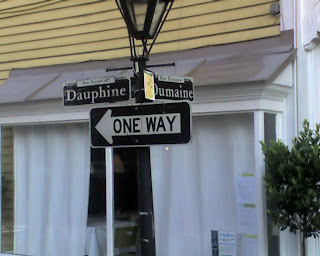 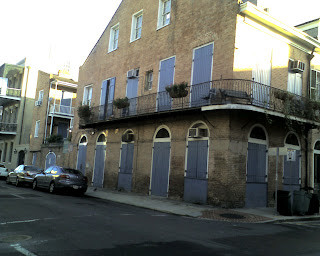 UPDATE- So, I was out and about tonight and I just realized that the infamous intersection of Wendy Cortez's abode is catercorner from a Catholic School! 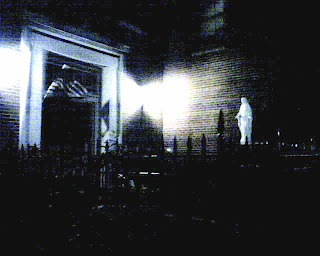 Here's the American Flag he patriotically strode past. Don't forget about the statue of the Virgin Mary he devoutly observed on his way to his mistress! Patriotic and Devout! What a guy!

Also, let's suppose that either the Orleans DA or the DC DA decided to press charges on the John (Vitter). Hypothetically, if he were convicted, would he have to register as a sex offender? Anyone got an answer on that one?
Posted by Clay at 4:12 PM

Our national W.A.S.P spokesman, Tucker Carlson's advice to the GOP is that politicians who don't move their families to DC are apt to be unfaithful, boys will be boys was Tucker's answer to such rabid holy rollers' neo con chosen ones.

Seems Diaper Davy didn't want to spend his money on larger housing to accomodate his breeder wife, the Lorena Bobbitt wanna be, simply because it would have depleted his budget making those happy hookers seeking their incomes without him.

heh...that last scene in the Penis S.A. could just as easily say, "Save Ferris". Wonder how many hits you'll get from THAT kind of a search?