The Times-Pic actually did do some reporting on the NOAH scandal. Here's their initial report and Here's an update from today's paper. Both are buried.

I guess they're too busy reporting on the Causeway commute.

Meanwhile, look what a REAL journalist has dug up:

The fourth highest-paid contractor, S&A Construction earned $137,000 in the home remediation program. According to Secretary of State records, the owner of S&A Construction is Nagin's brother-in-law, Cedric Smith.

So, a pigeon and a pelican are hanging out in Audubon Park. The pigeon says he heard on Fox News that New Orleanians should stop sucking on the government teat and we should bulldoze New Orleans.

You might have seen this headline on Nola.com and wondered what was up. Here's what I've been told:

I don't know how many of you know about the situation that happened with Jodee and her volleyball team this past season. Basically, Jodee and the team have kind of been butting heads all year, and after Franklin lost in the semis, Jodee got told off by some of the players. The The team basically bashed Jodee for an hour telling the interim principal that Jodee is a horrible coach and treated them like shit and the only reason they got anywhere was because they played for each other...yada yada yada.

A course of action has been in limbo for a number of months as Franklin had and interim and not an actual Principal. Now that the new Principal has been hired, a group of the parents from the team went and complained, and Jodee was told that her services were no longer needed.

I don't know if many of you know the history of Franklin Volleyball, but Jodee built that program starting with one ball and a piece of crap net in to one of state championship caliber. While you may not have played on one of her teams, if she has positively impacted your life in any way; I am asking that you email a letter saying so to the new Principal and the Head of the Charter Schools in New Orleans.

The New Principal is Timothy Rusnak: timothy_rusnak@benfranklinhs.org
Duris Holmes is the head of AAEE: dholmes@dkslaw.com


There is also a petition out there.

I didn't know her too well, but I know plenty of people who think the world of her (at least once they were alumni).

Sounds like another way the charter system can be abused (overprotective parents conspire to get a good, but tough teacher fired). Hope that isn't the case.
Posted by Clay at 5:52 AM No comments:


GORBACHOV: THE MUSIC VIDEO - BIGGER AND RUSSIANER from Tom Stern on Vimeo.
The things you can find on the internet. Cool music video.

UPDATE- HOLY SHIT! I forgot about this:
In 2007, Gorbachev on a visit to New Orleans promised to a crowd of listeners that he would return in 2011 to personally lead a local revolution if the U.S. government had failed by then to repair the levees. Nagin, prepare to be turned to goop by Gorby's laser eyeballs!
Posted by Clay at 5:34 AM No comments: 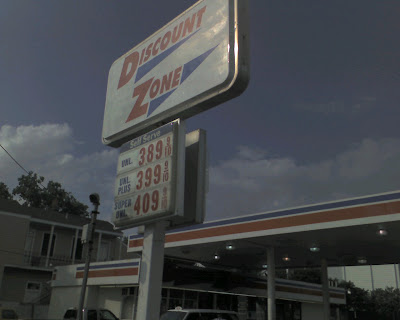 Everyone loves to rip on gas stations. They're the only business where the price is in foot tall letters near the highway.

This site, where you can write your own text for a gas station reminded me of a couple of photos I took back in 2005. 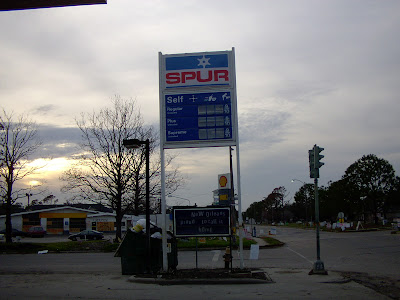 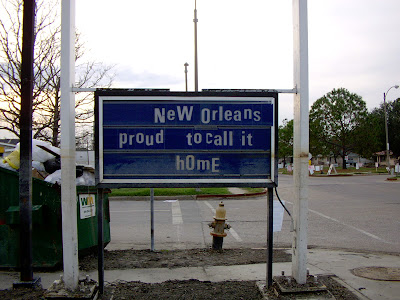 While you're at it, why don't you find out of your visits to hookers are tax-deductible.
Posted by Clay at 8:41 AM No comments: