With work and grad school, I've been pretty busy, but I've noticed a few things I want to highlight.
* In China, Families Bet It All on a Child in College
* Seg Academies still going strong. One of my college friends went to a Seg academy.  One funny story: he didn't learn about integrals in calculus...  He learned about "anti-derivatives" (integration being a dirty word).
* Hyper-parents can make college aged children depressed-study
* Cost of College: Who Can Still Afford State University? - WSJ.com (Related: Louisiana, after cutting more than half a billion dollars in funding to colleges, now has the lowest level of support to higher-ed in the South) {Worse than even Haiti}
* Poor Students Struggle as Class Plays a Greater Role in Success
* The New White Flight (Related: Asians and college admissions)
* The House that Calculus Built.  Stewart is now on the 7th Edition.  When I was in college, they were just adopting 4th edition.  It's not even a good textbook!  My high school book (Larson) was far better, but didn't cover multivariable, therefore most colleges don't like using it.
* Harvard Losing Out to South Dakota in Graduate Pay- Bloomberg
* Pay teachers more, get better outcomes - LGM.  A revolutionary idea...  I like the idea that it's not the pay, per se, that gets the better outcomes; it's the idea that we're actually valuing our teachers and the pay is mostly a demonstration of society valuing its educators.  More good thinking from LGM.

I'll end with a story.  Pat Taylor pushed TOPS through the legislature after a big battle over cost (underwriting 100% of the cost for the first few years out of his own pocket).  An anecdote:

Pat Taylor was heading downtown for something.  His regular driver was running a little late.  Pat asked what was up.  The driver mentioned that he was studying for a final in a course at Delgado.  Pat told him to turn the car around and head back home, Pat paid the driver for the full nights work, told him to go home and study, and Pat took a cab instead.

Pat really, really valued education for its own sake.
Posted by Clay at 10:27 AM No comments: 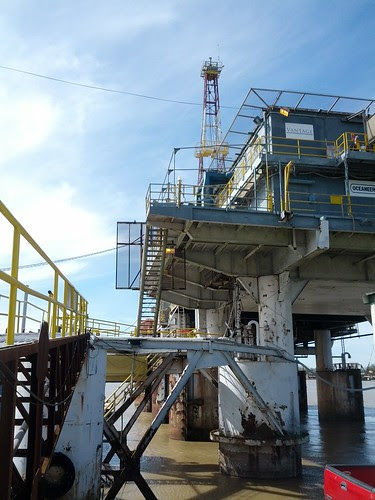