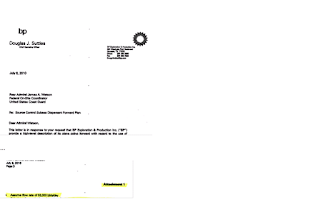 I've read quite a bit about Macondo.  There's "Fire on the Horizon", "A Hole in the Bottom of the Sea", and now Bob Cavnar's "Disaster on the Horizon".

The book is billed as 'an insider's take' on Macondo.  Cavnar worked in the field for 10+ years and has 30+ years of total industry experience.  He's been a Company Man on a drilling rig.

The first half of the book, frankly, is completely skippable.  It's lots of summary of things that have been written better elsewhere.  Furthermore, Cavnar's background is more on the drilling side of things.  The further away from the wellhead he is, the less accurate some of his book is.  For example, he misses the 'how big is bubba's butt' problem with the survival capsules (both left full to the brim, but with less than their rated capacity because they were designed with IMO human factors guidance instead of 'Gulf of Mexico personnel' weight and space in mind).  The book also skips around a lot; sometimes its chronological, sometimes it's organized by topic.  A better editor might have gotten him to stick with one or the other.

When you get to the second half of the book, things get much more interesting.  It also gets closer to Cavnar's real background.  One thing I especially like is how he tracks how carefully BP, particularly Doug Suttles, parsed his words to where he wasn't technically lying, but he sure as hell wasn't clearly communicating critical information.

Cavnar also goes through some of the political implications.  He was a generally left/center member of the oil patch (a rarity), but he was also involved in a lot of lobbying activities.  He is dismissive of API's Gerard as a Republican hack who gives donations to money to politicians who will vote the industry's way anyway.  He also thinks that Tom DeLay really shot the industry in the foot with the "Permanent Republican Majority" project where senior, southern, centrist, industry-friendly Democrats were knocked off with gerrymandered districts in places like Texas and Louisiana and replaced with junior, backbench, Republican nobodies.  When Republicans lost control of Congress in 2006, instead of having industry friends on key committees, they had folks like Ed Markey controlling them.  Oops.  Cavnar is also surprisingly complimentary of Markey, who could see long term that repeated disasters would kill the offshore industry faster than any regulation; Markey was, at some level, just trying to get industry to swallow their medicine.

The one big problem that I see with the later part of Cavnar's book was he thinks the Liner Hanger vs. Long String casing design was a fatal mistake.  While not trying to get too bogged down in the weeds, in my opinion, while it complicated the response to the blowout, it had little influence on the blowout itself and was a tertiary issue.

In summary, there's some real value in the second half of this book, but the first half should be skipped through as fast as possible.
Posted by Clay at 7:19 AM No comments: