This piqued my interest lately: "Lab Owner Sentenced in Connection with Pollution Reports"
* Adelson Writeup
* Schleif Writeup
The lab company was faking brine shrimp lethality tests for a period of at least 4 years. Those tests (technically "bioassays") are important for determining that produced water discharges are within accepted limits.

What is a brine shrimp lethality test?  It's a simple, widely-used bioassay.  At it's most basic: add water, add shrimp, add substance, see if substance kills shrimp.  Wikipedia.  It's so easy to perform, you could teach a rhesus monkey or a grad student to do it.  Here's a nice description from an NIH paper:

"The brine shrimp lethality bioassay is rapid (24 h), simple (e.g., no aseptic techniques are required), easily mastered, inexpensive, and requires small amounts of test material (2-20 mg or less).[12] The bioassay has a good correlation with cytotoxic activity in some human solid tumors and with pesticidal activity.[12,13] This test was proposed by Michael et al.[14] [NOTE: 1952 paper; these tests have been used for >60 years] and modified by others.[15,16] Since its introduction, this in vivo lethality test has been successively employed for providing a frontline screen that can be backed up by more specific and more sophisticated bioassays once the active compounds have been isolated."

A good quality lab-grade scale costs about $300.  One of the writeups up top mentions a 'broken scale' that wasn't fixed...  Not fixing a scale to save costs doesn't wash.  There's more to it than that.

For a quick digression, I noticed the company next door to Laboratory Technology is Patriot Services. Patriot vends fluids for drilling, including solvents and loss circulation fluids. Remember how on Macondo, they had leftover fluids they shoved down the well as a spacer so they didn't have to pay for hazardous disposal? Also, Google Street view shows a number of chemical tote tanks at Patriot Services.  I looked at the MSDS sheets and most of what they vend is (according to the MSDS sheets) fairly benign.

Looking on the Secretary of State website, Laboratory Technology and Patriot Services happen to be the the same company.  The agent for all of the filings over the years was Jim Donelon, the Insurance Commissioner for Louisiana.  E. Gerald Hebert, the owner, happens to be an active political donor (at least $57,000 between '98 and '12, exclusively to Republicans), including to Bobby Jindal.  Yet, Patriot Services also won $130k worth of Stimulus Act funds.

A company named "Patriot Services" based in Kenner that sells proprietary drill fluids and is owned by a Jindal donor?  That's not the slightest bit suspicious.

I'd also like to highlight the recent, infamous "coffee filter" conspiracy.  Hmm...

The charge that she plead guilty to is a felony, yet she only received probation and a fine... Is this a deal where the Feds will work their way up the ladder?  Who were the customers of this lab (I've found at least one: Virgin Offshore USA, who had "the worst measured safety record in the Gulf")?  What did they think when every single sample sent in for years came back clean?  Where was LA DEQ?  There are many interesting questions that can be asked about this incident if someone wanted to start poking.


Patches makes a friend who is even rustier

Ever since I bought Patches, it's had a slow drain on the battery. The wiring is such a rat's nest, I can't even begin to troubleshoot it, so instead I just resort to trickle charging and jumping Patches on a not irregular basis.

I've had an EZ Wiring Harness for a while, and that's the permanent fix, but that'll take a while (and takes Patches out of commission in the interim).

For the meantime, I've gotten a temporary fix in place:

A terminal post disconnect switch. Note the trickle charging in progress as well.

Also, with the help of New Orleans Classic Motorworks, Patches no longer leaks oil! Yay! The oil pressure sense tube wasn't screwed in correctly at the back of the engine (behind the distributor). It's a bitch to get to and it also sprayed oil all over the back of the engine and was a total mess. After re-running the line (and a new oil leak at the gauge, which was quickly fixed), no more leak.
Posted by Clay at 3:37 PM No comments:

We arrived early for Neil DeGrasse Tyson at Tulane, but barely made the overflow room.

Some writeups:
Uptown Messenger: Rock Star Reception for Tyson
Nola.com Summary of the talk. Excellent summary. And then the comments... Sigh ... Louisiana needs some stupid knocked out of it.

I've been poking fun at coworkers who went to LSU saying I don't think that they could have managed hosting NDT ("Dr. Tyson, what's your opinion of chicken boxing?"), while Tulane could. Tulane's Campus programming even ate his speaking fee and opened it up for the public (yes, there was a hell of a line, but kudos to Tulane).

I also want to relay a little story. Not only is Neil DeGrasse Tyson a brilliant astrophysicist and the coolest scientist alive, but he's also a tremendous human being. 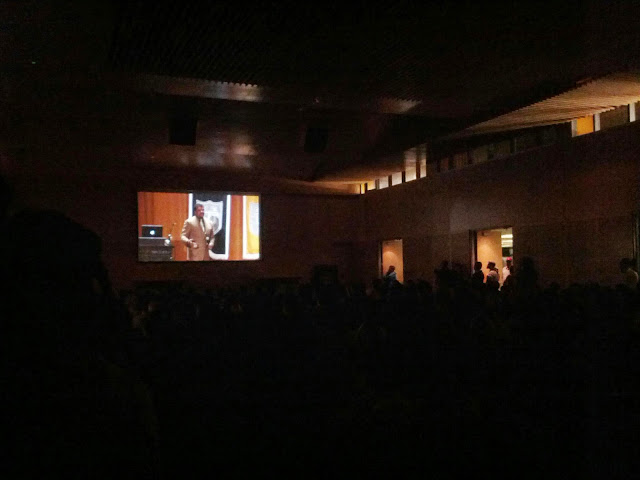 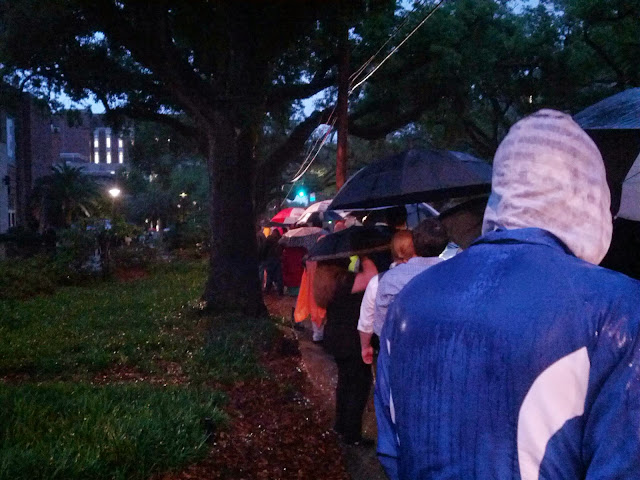 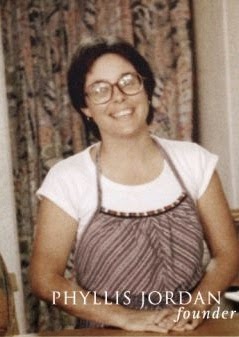 Phyllis Jordan, founder of PJ's Coffee.
Posted by Clay at 5:05 PM No comments: