Here are some top lists for 2011:
I like the Wired top scientific discoveries of the year more than the SciAm list. I'm going to go cook some cabbage and black eye peas and go set off some fireworks now.
Posted by Clay at 1:11 PM No comments:

So, blogging has dropped off because I'm now in grad school. So far, I'm through with one semester (with several more to go). I'll have to take it relatively slowly, since I'm still working at the same time. That actually gives me some time to slowly consider what I want to take.
For one of my classes, I had to do a Lines Plan (sample below) by hand.

This meant lots of Saturdays spent meticulously measuring and drawing.

The ducks are used to hold down a spline to draw a compound curve.
Here's the final result. It doesn't photograph too well, because it' s so big.
Most of the drafting-type classes have been eliminated from modern engineering curricula. That's something that MIT started in the 1940's under Vannevar Bush. It's funny, with some of the older engineers, they all have the exact same font to their print and that font exactly matches AUTOCAD.
Posted by Clay at 12:09 PM 2 comments:

Yesterday's game was awesome. It was just so damned enjoyable. Not only watching the Drew beat Marino's record, but also doing it against the Falcons.

What's also great is we have players that are just a joy to root for. Brees thanked the equipment managers ("for rubbing down his balls") instead of focusing on himself. Another great example is Jimmy Graham (as profiled in this earlier Times-Pic piece). That Times-Pic piece is actually a bit better than the "$98 Tight End" ESPN video that's been making the rounds.

One of the the Saints I'm the most thankful for is Jabari Greer. He's just about the least flashy Saint on the squad (he's a lot better at batting balls away than INT's), but he's so much of an improvement over anything on the old Saints. He, like Drew Brees, is the best Saint ever to play his position. Nothing is more frustrating to fans than watching bad CB play. When Jabari Greer is in the game, you don't hear Megatron, Steve Smith, TO, or Roddy White's name (except to make fun of the last for dropping the ball when he finally does get thrown to)
'
Just some thoughts.

Also, in time for the first day of Chanukah, Benny Grunch's "Twenty Foist Anniversary" edition of their 12 Yats of Christmas now features the "8 Yats of Hanukkah"
Posted by Clay at 9:24 PM 1 comment:

This is a drill

This is not a drill 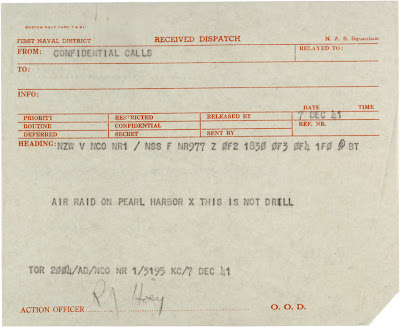 
Why hasn't anyone on Wall Street gone to jail?

Related?
Posted by Clay at 6:12 PM No comments: