It was Mauberret, but Janis fights back 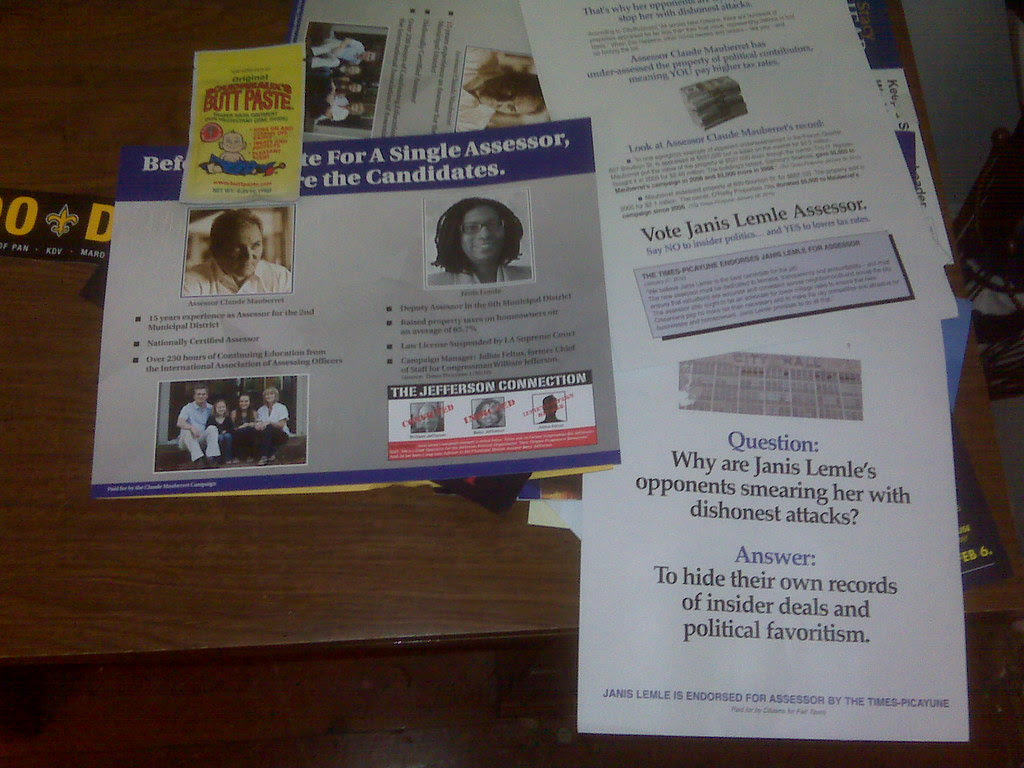 Well, it looks like the dirty fliers were Mauberret after all. New mailer by the Maubarret campaign uses the same graphics as the "Citizens for Fair Assessments."

On the bright side, instead of just sitting around whining about it, Janis Lemle's campaign has hit back with a great mailer of her own that arrived the same day as Mauberret's.

If you want real change, instead of just voting for the lesser of two evils, that's what you have to do. You have to get a ticket, like the I.Q. ticket, organized, raise some money, hit the established politico's across the board. Despite the fact that only one I.Q. candidate won (there were a lot of close losses), that one candidate was able to enact enough real change to lower millage rates citywide. All she had to do was assess a few grossly undervalued properties up to what they should have been and boom, lower taxes for the rest of the city. Nowhere else could one of the I.Q. candidates have done more good than Uptown.

Now, the I.Q. movement is still going strong behind Lemle and pushing the last of the old dogs out. It's not enough to just run a superior candidate and just sit on your hands while they lose. You've got to kick the incumbents in the teeth over and over until they cry for mercy. Then, piss on the ashes of their campaign so they never think about screwing the citizens again.

Clancy DuBos likes to say, "politics is a full contact sport." Real Reform is too.

Change comes hard...but Janis is so close. New poll has her neck and neck with Mauberret to make the runoff.

Been sending around this mailer to everyone I know that YatPundit posted here:
http://noladishu.blogspot.com/2010/02/it-was-mauberret-but-janis-fights-back.html