As the massive oil bust continued to take its toll, I eventually found myself in a new line of work, so to speak.  I'm doing work that's both in line with what I was doing previously, but with some new context: hardrock mining.

I strongly believe that all engineers should, ideally about once a year, read an engineering disaster book.  You a lot when everything goes massively sideways and you point to that and say, 'not that. not that ever again.' 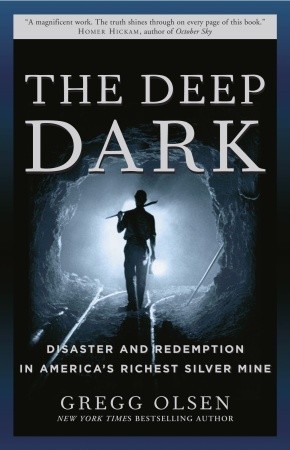 This one focuses on the Sunshine Mining Disaster of 40 years ago where 91 people died.  It has a very good introduction to mining terminology in the beginning (what's a drift, what's a rib, what's mucking).  In the middle, it focuses on the lives of the miners and, in my opinion, really drags on and on.  Quite a few miners also just basically sat there and suffocated to death; the initial feeling was the fire would be dealt with quickly and they'd go back to work, so they didn't want to evacuate.  There are about 2 pages at the very end of the book where they (too rapidly, I think) skip over what caused the disaster.  While never definitively solved (arson was an early theory, but that's pretty unlikely), the book presents a pretty compelling case that a combination of wood storage, oxyfuel cutting, and especially early spray foam caused the fire.  The spray foam reminded me strongly of the Brown's Ferry candle incident.  Don't miss those 2 pages because they're a key part of the book.  I'd wish the editor had gotten the author to expand on those 2 pages and tighten up the middle.

Thunder on the Mountain 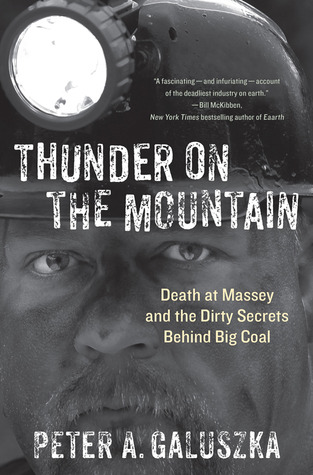 The most recent disaster covered, this book is the most expansive, in terms of scope, of the three.  It covers the modern coal market (with it's bifurcation between the dying thermal coal market and the growing metallurgical coal market), politics (West Virginia politics and the rise of Don Blankeship as kingmaker), the disaster itself.  On both of the other books, some miners were able to save themselves against great odds.  On the Upper Big Branch mine, none were.  There was one particularly gruesome detail that one person was missing for a very long time, even though rescuers kept walking right by him.  It was only when the stench became overpowering that someone looked up...  Ew.  Talk about a gruesome way to go.  A particularly interesting part of the book was where they got coal industry insiders who didn't work for Massey (and a few who did) who slammed the hell out of how Blankeship operated.  It reminded me of BP after Macondo. 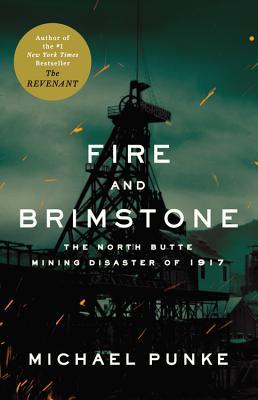 Unquestionably the best written of the trio, Fire and Brimstone chronicles the oldest of the disasters, the 1917 Speculator Disaster where 168 died.  This book also covers the political fallout of the disaster and the context with the Anaconda Mining company's chokehold on Montana.  This book is definitely my favorite of the three.  The thing I was really amazed with was how, despite very primitive technology, how well the workers were able to immediately respond to the disaster, despite extremely primitive technology.  Some workers immediately understood the dangers of the fire and began building bulkheads to entomb themselves and survived the disasters.  The bravery of the rescuers using very primitive breathing rigs was also remarkable; the equipment was very limited, but they worked within those limitations extremely well.

fantastic post, very informative. I’m wondering why the opposite specialists of this sector don’t understand this. You must continue your writing. I am sure, you have a great readers’ base already! really funny joke

I have read a few good stuff here. Certainly worth bookmarking for revisiting. I surprise how much effort you put to make such a wonderful informative website. Ramadan Images

you use a great weblog here! if you’d like to earn some invite posts on my blog? Good Friday Images

I have read a few good stuff here. Certainly worth bookmarking for revisiting. I surprise how much effort you put to make such a wonderful informative website. Mother’s Day Activities

Do you need Finance? Are you looking for Finance? Are you looking for finance to enlarge your business? We help individuals and companies to obtain finance for business expanding and to setup a new business ranging any amount. Get finance at affordable interest rate of 3%, Do you need this finance for business and to clear your bills? Then send us an email now for more information contact us now via (financialserviceoffer876@gmail.com) whats-App +918929509036 Dr James Eric Finance Pvt Ltd Thanks