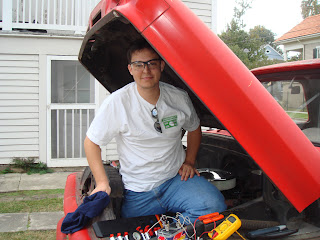 The truck is coming along nicely (at least the mechanical portions). 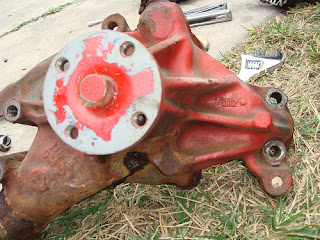 One of the things that's been bugging me is the water pump. It's been more of a waterfall generator than a water pump, so I've really wanted to change it out. It broke under the previous owners and it happened in an unusual manner. I finally figured out how. 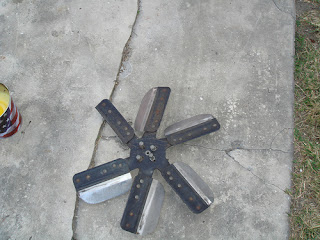 Notice how one of the fan blades is missing. That missing fan blade caused a slight wobble that, over time, tore the bearings in the water pump to shreds. I also noticed two gashes in the inside of the engine and I now know they came from that fan blade. The fan blade went flying while the engine was running!!! Thank God for whoever had the truck at the time the hood was closed. Part of the fan blade even cut the wiring harness going to the headlights.

Anyway, this is what the engine looks like now: 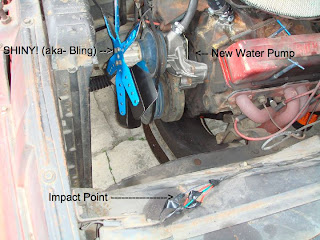 Just for comparison, here's what the engine looked like when I first got it: 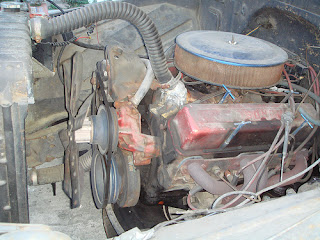 The electrical is turning out to be a long, slow, frustrating process. My neighbor isn't helping things by leaving a severed deer's head in the bed of his pickup truck. The smell makes it impossible to get much work done.