The importance of primary sources is the key of the modern historical method.  That method was first established by Thucydides in the 5th Century B.C.E.  Thucydides did something revolutionary; he created a narrative history that, for the first time, tossed aside myth, focused on facts, emphasized primary sources, and compared sources critically against each other.  Thucydides' History of the Peloponnesian War is the first modern history.

How this history has reached us over all the eons and war and flood and famine amazes me.  Recently, I sat down and read The Landmark Thucydides cover to cover.  It took months, but I've finally finished. 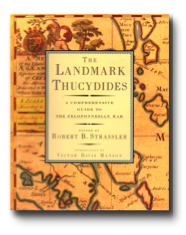 The Landmark histories are an effort to make primary sources as accessible as possible.  The primary sources are given to the reader in the most readable translation available.  Introductions and appendices to the text bookend a text that's filled with footnotes, cliff notes, and maps.  Given the minutia that Thucydides dives into, the maps are an essential part of really following the action.  The top of each page has the year, location, and book the narrative is in.  They really bend over backwards to make the original text as accessible to as broad an audience as possible.  It's a noble endeavour.

A primary source can be "unpolluted" by later interpretations and sometimes, the first opinion is the right one.  I've always been fascinated by Alcibiades.  I remember when I first learned about him in my classics course at BFHS how amazing it was that he was sentenced to death (sometimes multiple times) by each side in a 3 sided war.  I almost admired him for that.  After reading the Thuycidides, I have a much harsher opinion of him; he was an aristocratic scoundrel from the beginning betrayed Athens multiple times.  Thuycidides is almost completely unsympathetic to him.

What I learned in Thucydides was how universal a few things about the human condition really are.  "We'll be greeted as liberators" and "it will be a cakewalk" and "the oil will pay for everything" are slogans that could be used in a hoplite war as easily as a modern war.

The other thing is how durable democracies can be.  Athens suffered defeat after defeat after defeat and as the text closes (Thucydides' account of the final battle has been lost to the ether of time) still stands (wobbly) on it's feet.  The autocracies in the book could never withstand the body blows that Athens endured.

Athens ultimately lost the war, but in a way, the war was just a battle; the war of logic and critical thinking was ultimately won by Athens. 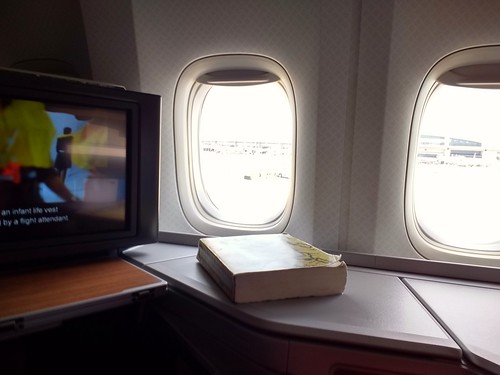