NOLA-dishu is what some of the locals have started to call New Orleans. Other monikers include Little Nigeria, the Big Sleazy, Big Smelly, and Big Nasty.

Life down here sort of sucks. Many are leaving the city. But, there's a hardcore group of New Orleanians who are sticking it out. The following quote is pretty much our credo:

I'm going to try to chronicle at least one little piece of life in New Orleans. A lot of what I post will be dark. Especially when I talk about crime in the city. Some of it will be upbeat, like when I talk about the Saints. I also promise to put together a sort of post-Katrina Zagat's guide of New Orleans restaurants. 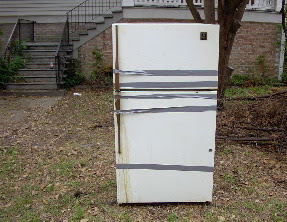