Resumed work on the truck and look what I came back to find: 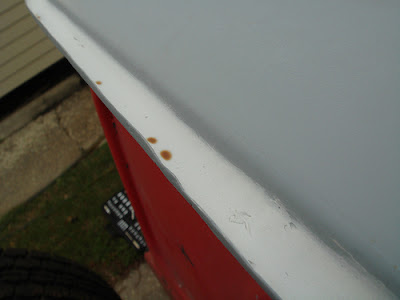 The rust penetrated through the acrylic. I didn't realize it until I saw the rust that the acrylic is water-based. While it will be fine when fully dry, the water was rust-food and not good! I sprayed on some rust-stopper (basically phosphoric acid) to turn the iron oxide (rust) to iron ferrite (black iron). I sprayed on a healthy dose and wiped the excess off. Within a minute or two, the rust turned purple.

I then painted over that: 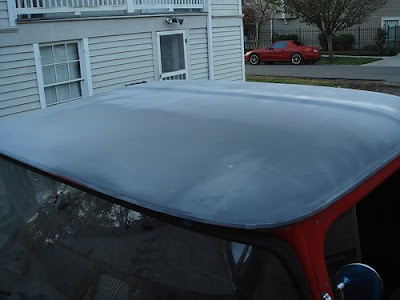 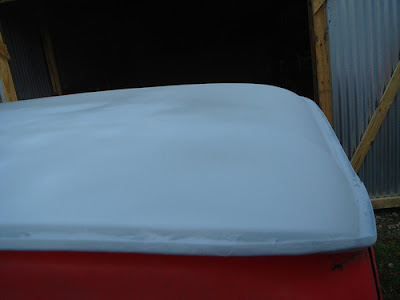 Ran out of my main type of primer (a whole can went to waste because the cab and tube popped off when it fell from a shelf), so part of it is a darker shade of primer gray. That should do it for the roof for now though. I won't be doing a topcoat for a while and I'll have to come back and sand before I do the topcoat.

Next up: the floor of the cab. 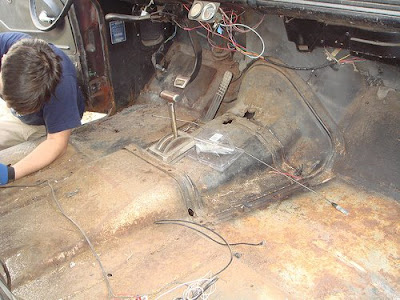 I'm a bit worried about some of the rust underneath the cab, though. Look at this: 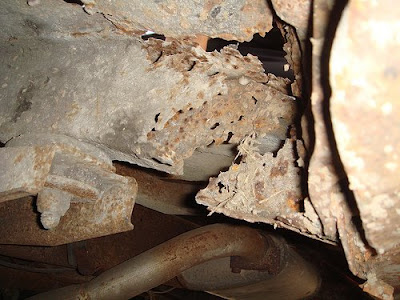 It's underneath the cab on the outside edge of the frame rail. I'll try and weld in a few strips of metal to reinforce it.
Posted by Clay at 9:37 PM